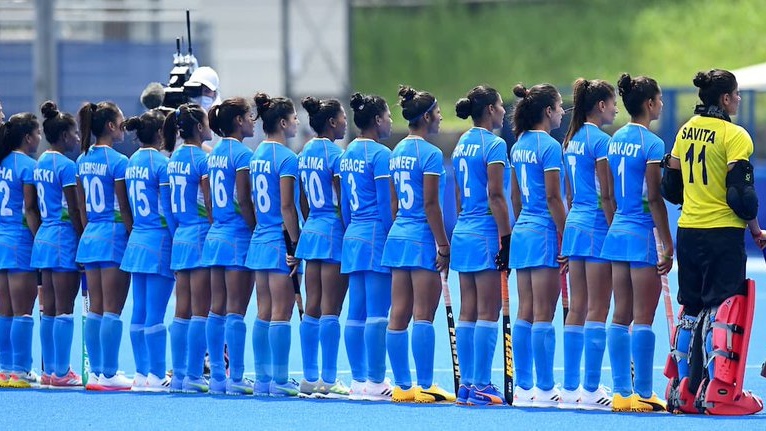 As far as fairytales go, they don’t come any better than Indian women’s hockey team’s showing at the ongoing Tokyo Olympics. It had finished last in the last Rio Olympics, and not many gave India much chance at this year’s Games, too. And its campaign too had a disastrous start. India lost to Germany, the Netherlands and Great Britain. It was the same old story. Or so it seemed.

But the team, led by Rani Rampal, managed to turn the corner through pluck and some pluck. It defeated Ireland and South Africa. And when Great Britain edged out Ireland, India squeaked into the quarters where it faced the mighty Aussies, the gold medalist at Sydney.

But what happened in the quarters beggared belief, but is the kind of tale that enriches all sports.

Putting up a brave and determined show, Indian women stunned the three-time champions and world number 2 Australia 1-0 in an intense often bruising tie on Monday morning, and the entire country went into delirium. For this is India’s best ever performance in women’s hockey. Previously its best outing was in Moscow 1980. In a depleted field of six teams, India had finished fourth.

India’s semifinal clash against Argentina in Tokyo Olympics is slated for August 4 (Wednesday) at 3:30 p.m. IST at North Pitch of Oi Hockey Stadium.

After that in none of the Olympics, the Indian women’s hockey did not flourish. At Rio 2016, India did not manage a single win and was the wooden spoonist. But in the quarters at Tokyo, Indian was determined to prove a point, and produced a strong and brave performance to eke out a  narrow 1-0 win over the Hockeyroos. Drag-flicker Gurjit Kaur rose to the occasion when it mattered and converted India’s lone penalty corner in the 22nd minute to surprise the Australians.

India mixed solid defence with stolid strategy, and with the phlegmatic goalkeeper Savita Punia in great form, India thwarted Australian attacks skillfully, specially in the last quarter when Emily Chalker’s side desperately looked for an equaliser.

India’s win energised the entire nation. Viren Rasquinha, the former captain of Indian men’s hockey team, said this “might be the biggest upset in history at this stage of the tournament”.

India’s improbable win was described as a Chak De moment, in reference to the Bollywood movie that was the story on an Indian hockey team stunning Australia to win the World Cup.

Shah Rukh Khan, who played the role of coach Kabir Khan in Chak De India, wished Team India and also had a banter with the current Indian coach Sjoerd Marijne.

It is under Dutch coach Sjoerd Marijne that the India women’s hockey team is making historic strides. Taking over as the head coach of the team in 2017, the 47-year-old has instilled a champion’s mentality into the side by working on the mindset of the players.

Haan haan no problem. Just bring some Gold on your way back….for a billion family members. This time Dhanteras is also on 2nd Nov. From: Ex-coach Kabir Khan. https://t.co/QcnqbtLVGXAugust 2, 2021

India’s semis against Argentina is on August 4

Indian women are now close to medalling for the first time at the Olympics, but first the world’s number 9 ranked team has to get past Argentina. The Argentine team has won 3 games and lost 2 so far.

Argentina is ranked 5th in the world and is on the back of a five-game unbeaten run having lost its opener against New Zealand. It will prove to be a stern test for the Indian eves, who have shown they are up for the challenge.

India’s semifinal clash against Argentina is slated for August 4 (Wednesday) at 3:30 p.m. IST at North Pitch of Oi Hockey Stadium.

The official broadcaster of the Tokyo Olympics in India is Sony Sports Network and the coverage will be live on five network channels and 4 languages. It will be available on Sony Six, Sony Ten 1, Sony Ten 2, Sony Ten 3 and Sony Ten 4 channels.